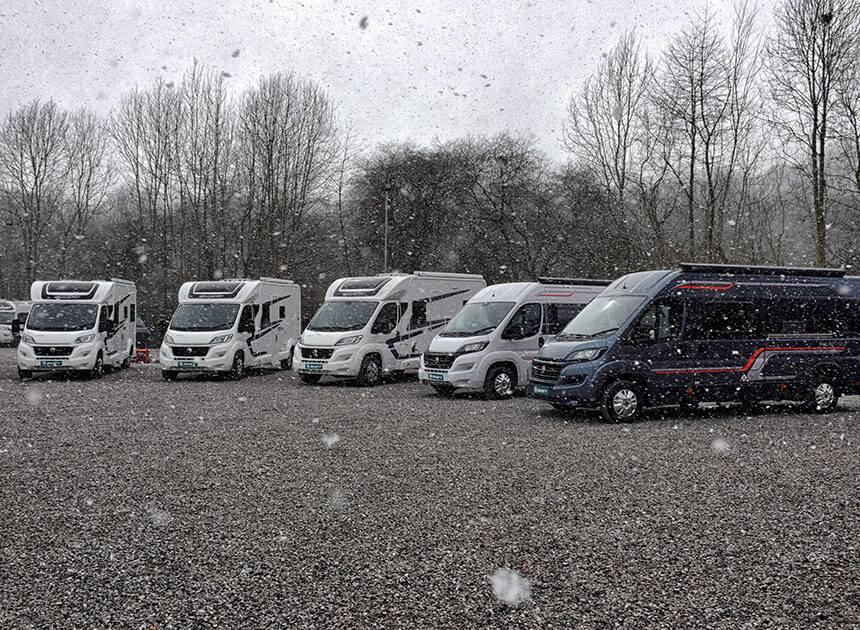 We opened the doors to our entire hire fleet of motorhomes and campervans at the first-ever Swift Go Open Day.

The event on 17th March marked the official opening of our northern hire centre in Greater Manchester.

Scores of people braved the return of the so-called ‘Beast from the East’ to come and say hello at our depot at Pear Mill, Stockport. They were rewarded for their efforts with…

But it could all have been so different.

Beating the Beast from the East

The midweek weather forecast gave us the jitters. Snow in March – again. As Saturday approached the forecast worsened, and we arrived at the depot that morning to wild snow showers and gale force winds.

The motorhomes and Pear Mill, a former Victorian cotton mill, looked splendid in the snow. We however expected the worst.

But then something magical happened. People began to arrive, 30 minutes before our open day was due to start – and didn’t stop arriving until 3pm when we finished.

Around 200 people flocked to the depot from across the North West and even further afield – thank you from the bottom of our hearts for making the trip!

Swift Go makes motorhome hire simple. For one price we include all you need – from bedding to bike racks and even Wi-Fi.

It's our motorhomes, your holiday. With Swift Go, the adventure stays with you...