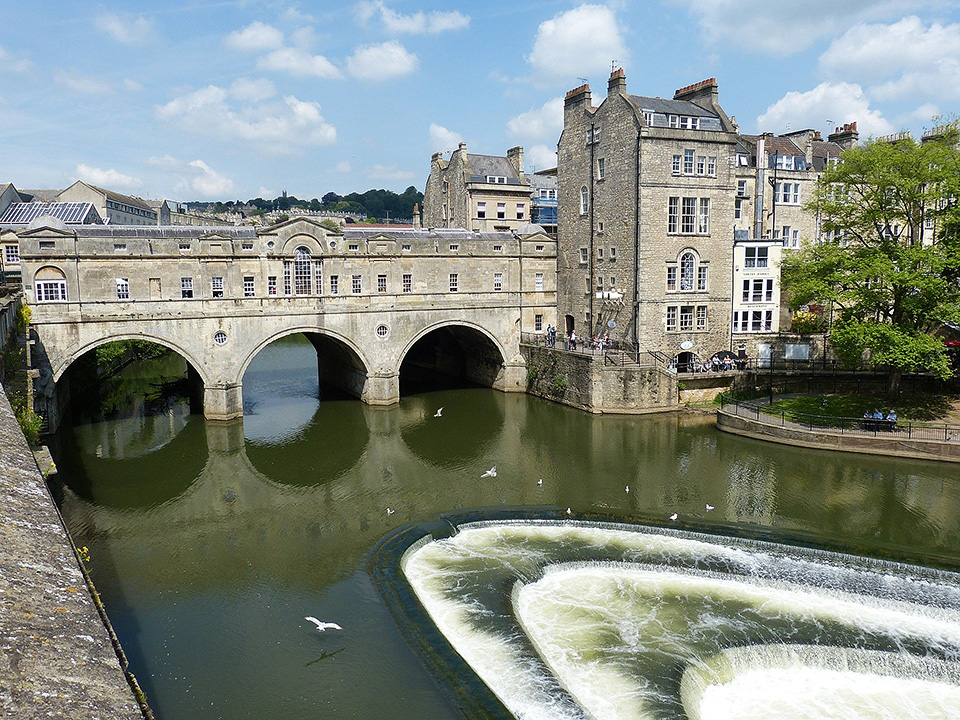 This ancient city, on the edge of Somerset, dates back to Roman times.

BATH IS a vibrant city with a fascinating and compelling history. It’s ideal for a weekend break, or longer if you want to explore its environs, too.

The city centre is packed with things to see and do, even earning UNESCO World Heritage status back in 1987.

Start in the charming streets, lined with honey-coloured stone buildings. Head down to Pulteney Bridge, which spans the River Avon. Completed in 1774, it was designed by Robert Adam in the Palladian style and has shops on both sides of the road. A few yards downstream is a picturesque horseshoe weir. Take a wide-angle lens and photograph them together.

Bath Abbey and The Roman Baths are both worth a photo, too. Then after a hard morning’s sightseeing you could head to the Thermae Spa to relax with a massage or other rejuvenating treatment.

Another iconic and photogenic Bath attraction is the Royal Crescent, an arc of 30 elegant Georgian townhouses. At No1 is a museum, run by Bath Preservation Trust. It’s decorated and furnished just as it would have been in the late 1700s, and is filled with fascinating and beautiful pictures and objects, charting the evolution of Bath as a city.

Bath is a very cultural, rather highbrow, city and delivers an endless feast of art, music, crafts and comedy throughout the year. The highlight is The Bath Festival in the earlysummer, a cultural event with a strong local taste, which attracts thousands of visitors.

We also love the Bath Comedy Festival, an event of such standing that it attracts lots of the mega stand-up names as well as loads of new talent. Be the first to see the next Jimmy Carr; and some shows let you ‘pay what you feel’! We suggest 50p for a chortle and £1 per belly laugh!

Bath on the Beach

The centre of landlocked Bath becomes a beautiful beach for a month or so, with tonnes of sand, palm trees, hammocks, cabanas and tikis. Chill out and enjoy a cocktail, or play beach boules.

Various venues throughout the city

Price: From ‘Pay what you feel’

Check out hilarious new talent at this laughable 20-day festival.