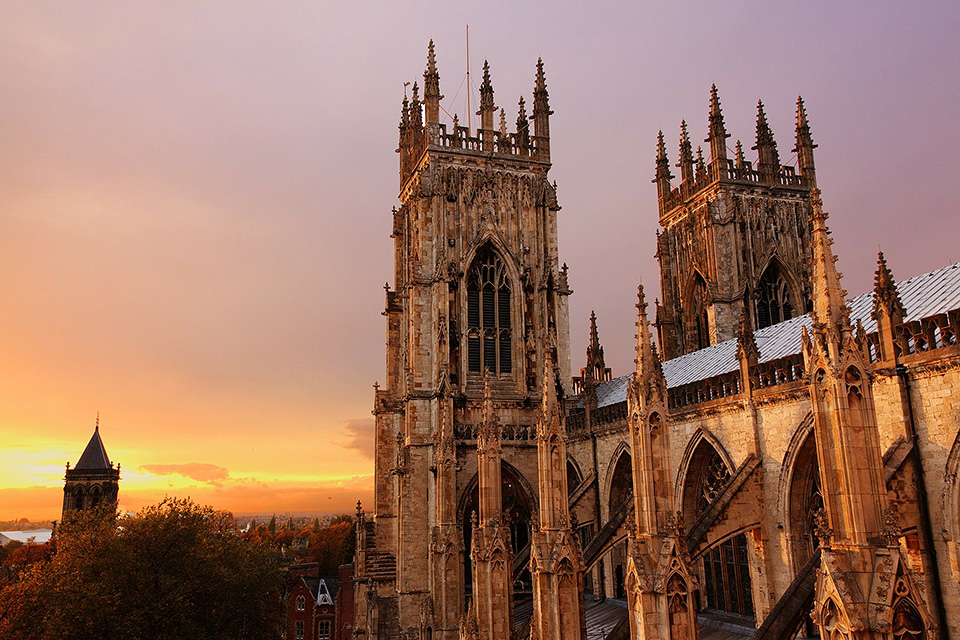 YORK, JORVIK, Eboracum. Over the millennia, this unique and historic city has had numerous identities, depending on its citizens at the time.

First settled around AD71 by 5,000 Roman soldiers of the Ninth Legion, York has ‘changed hands’ many times over the centuries. The Yorkshire Museum in the beautiful and relaxing Museum Gardens has the finest collection of Roman artefacts in Britain. After a visit, have a wander through the majestic gardens, then choose a cocktail or real ale at the excellent Star Inn The City, close by.

Hop forward almost 1,000 years, and you can immerse yourself in Viking culture at the Jorvik Viking Museum. This museum’s on the site where a real Viking village was discovered, and you can take a ride through the village aboard a time-travelling ‘car’.

Close by is Clifford’s Tower, an imposing ancient fortification with a shocking and bloody history. Climb the tower and enjoy the great views over the River Ouse from the top.

York’s vast stone walls link many parts of the city, and minimise the need to walk among pedestrians and traffic. One-thousand years ago, the first new minster, or cathedral, was built on the current site. Over the centuries, it was extended and rebuilt (thanks to four major fires – the last in 1984).

By 1500 AD, it looked much like it does today, one of the world’s greatest cathedrals, a masterpiece of glass and stone. Plan a fabulous and scary Ghost Walk and then take a more relaxing Ouse Cruise. Finally, experience one of the best free days out in Britain, at the National Railway Museum on Leeman Road.

The Knavesmire hosts numerous race meetings each year, but the best is the Ebor meeting in August. Soak up the atmosphere of this exciting event where you can get really close to the action.

All around the city centre

Marinate yourself in some serious Christmas spirit in York this festive season. Those Yorkshire folk throw a great party that’ll really get you in the mood. The shopping’s pretty awesome, too!