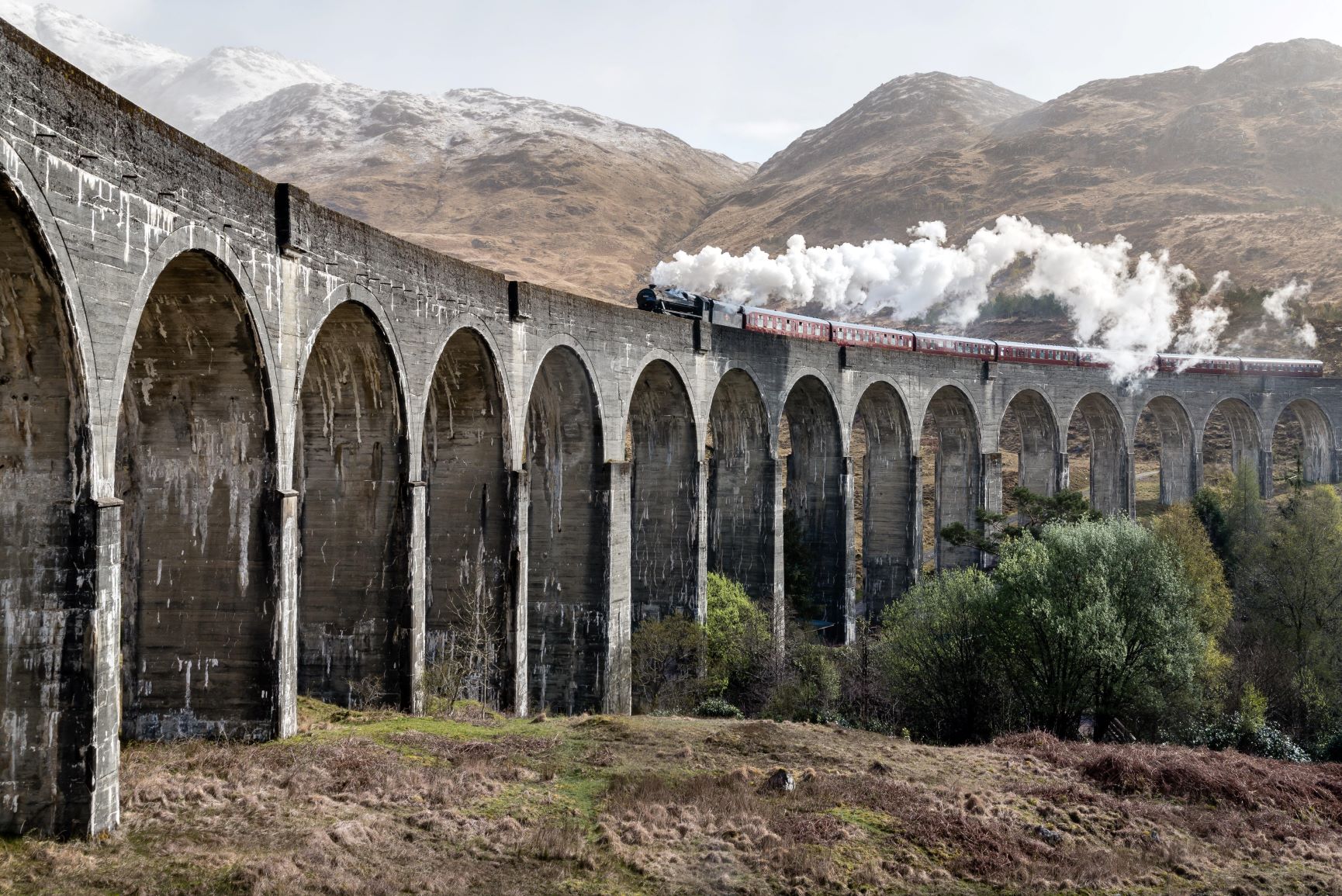 The United Kingdom has a rich history and spectacular scenery throughout the country, making it the perfect location for film. From literature inspired movies to fantasy films, there’s a great selection of backdrops for your motorhome holiday - no matter where you venture in the UK.

These feel good, romantic movies make the perfect weekend get away for couples. Re-construct your favourite films or create your own cherished memories in these swoon worthy settings.

Holkham beach in Norfolk was utilised for the closing scenes of Shakespeare in Love, featuring the vast stretch of sand that makes for a dramatic backdrop. The film won a total of seven Oscars, including Best Actress, Best Picture, and Best Screenplay. The nearby Holkham Hall has also be used for several movies.

Portobello road in Notting Hill is an iconic street in London. The main location for the film provides a quirky backdrop for holiday snaps and immerses you into local life. For an even more romantic adventure, venture out to Kenwood House where William visits Anna at the site of the Henry James movie shoot – it’s a dreamy spot to be a girl, standing in front of a boy, asking him to love her.

Norwich’s historic Elm Hill became home to Stardust’s busy market scenes. The cobbled streets and beautiful timber buildings transport you straight into a fairy tale. With tea houses, bookshops, and quaint pubs, there’s lots of places for you to discover the magic.

For the action addicts

For those that are searching for a little more adrenaline during their time away, these locations will make you feel like your favourite action stars.

The stunning views throughout the Glen Coe driving route in Scotland will make your motorhome feel like Bond’s notorious Aston Martin DB5. The panoramic scenery is breath taking, featuring mountains, lochs and moorland. The road is 12 miles long between Glen Coe and Glen Etive, but there are hundreds of photo opportunities along the way!

Camping grounds at Llyn Gwyant, Snowdonia posed as a mainland Chinese village in the sequel Lara Croft film. Snowdonia is the largest National Park in Wales and has fantastic hiking trails up the highest mountain in England and Wales. To relax after your tomb raider experience, stay at the Seint Manor Hotel. It is in the shadow of Mount Snowdon and is where Angelina Jolie actually stayed throughout the six weeks of filming.

The ancient ruins and complex forests of Puzzlewood, Gloucestershire has been the backdrop to many films and TV shows, from Harry Potter to Doctor Who. The forest feels like another world, which is fantastically shown in the Star Wars series when Rey channels the force to defeat Kylo in a lightsabre duel. Feel free to take your own lightsabres and get in on the action!

There are so many nooks and crannies across the UK that can make our imaginations run wild, so its no surprise that lots of children’s films have found a home here. Here are the best locations to immerse your kids in their favourite fictional worlds.

Part of J. K. Rowling’s inspiration for the magical series came when she was on a train between London and Scotland. Harry Potter sets off into the magical world from King’s Cross Station, which now has a wonderful photo opportunity and a gift shop that caters to every magical need. Follow the magical train route and see the epic Glenfinnan Viaduct – even if you don’t have a flying car!  Hogwarts itself is located in Scotland and, although the Hogwarts castle isn’t real, you can visit Alnwick Castle in Northumberland which was used for the first film.

Garfield: A Tail of Two Kitties

In this film, the legendary ginger cat finds himself in the United Kingdom getting up to his usual mischief. Garfield inadvertently switches places with Prince, an identical cat, and has hilarious escapades all over the grand estate of his imposter. The estate featured is actually Castle Howard in North Yorkshire. Take your children to learn about the abundant past of the castle but try not to let them unleash as much havoc as Garfield in the historic halls!

The Old Royal Naval College was used for the palace room in which Prince Kit and his men practice their sword skills. The Royal Naval College was a Royal Navy training establishment between 1873 and 1998, which makes perfect sense that the space was also used for Pirates of the Caribbean: On Stranger Tides. Its colourful and picturesque halls will either make you feel like royalty, or make you want to plot an adventure across the seven seas.