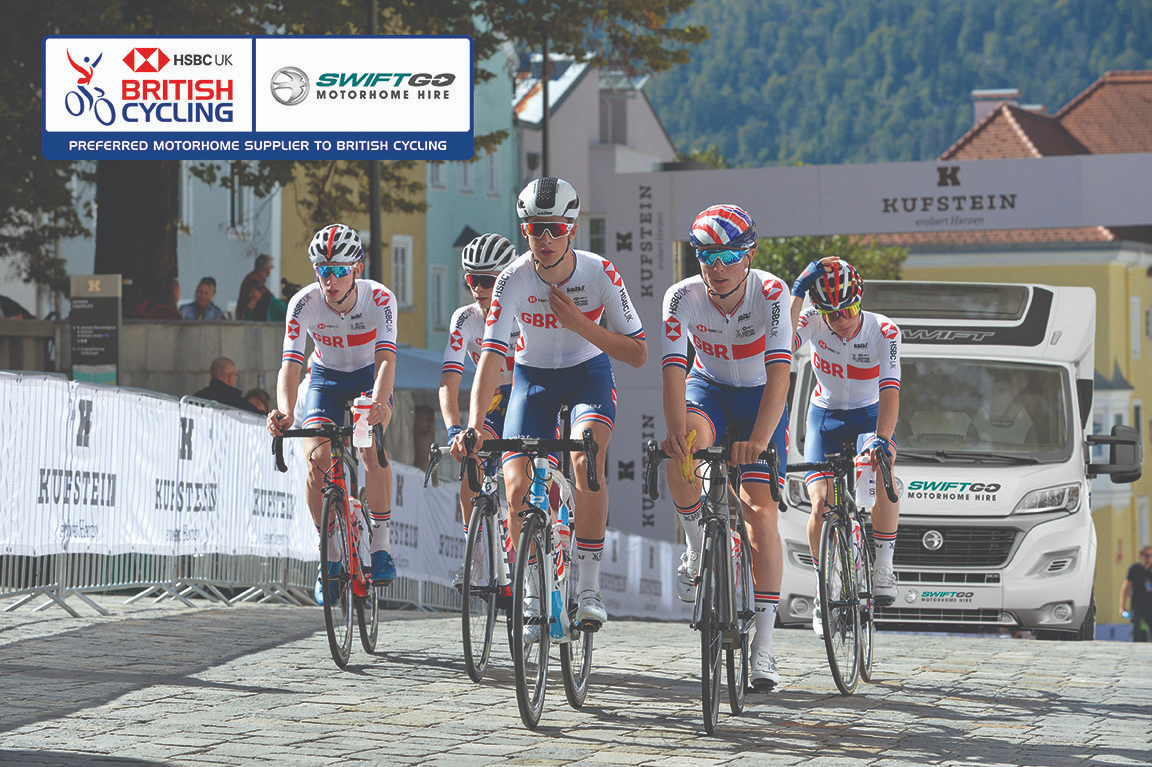 As the preferred motorhome supplier to the national governing body for cycling, Swift Go will provide the team with a leisure vehicle for use during key major events, including the upcoming Tour de Yorkshire, HSBC UK | National Road Championships and the 2019 UCI Road World Championships in Yorkshire. The organisations will work together to promote active, adventure lifestyles as well as UK tourism.

Kevin Foulkes, Swift Go general manager, said “We are delighted to enter into this exciting partnership with British Cycling, helping the organisation to support some of the world’s best riders with somewhere comfortable to regroup. At the same time, we look forward to working together in advocating fitness and the benefits of getting outdoors.

“The agreement will be instrumental to raising awareness of Swift Go’s market-leading motorhome hire services to a new and engaged audience. Motorhomes are perfect for cyclists, whose routes are often limited by the cost and hassle of booking hotel accommodation for extended excursions. With Swift Go, they can enjoy the freedom of staying off-grid and the convenience of a comfortable, fully equipped base and bike racks.

“We look forward to sharing these advantages with the Great Britain Cycling Team and championing their efforts.”

The partnership will see Swift Go offer an exclusive discount for British Cycling members (when purchased directly from Swift Go), making it easier for them to explore new areas of the UK and stay out on the road for longer periods.

Jonathan Rigby, Commercial Director for British Cycling, adds “Any cycling team depends on its vehicles for a range of tasks, and it is no different for the Great Britain Cycling Team.

“Starting with the Tour de Yorkshire this week, Swift Go’s Escape motorhome will serve as a sanctuary for the squad, as well as the crucial nerve centre for the duration of the race. We are increasingly seeing that leisure vehicles can play as big a part in team performances for recovery and preparation. We also look forward to seeing how our members enjoy their benefits of this partnership.”

British Cycling is the national governing body for cycling as recognised by the UCI – the international federation for the sport. Based in Manchester at the National Cycling Centre, British Cycling works across all levels and six disciplines of the sport (BMX, Mountain Bike, Cyclo-cross, Road, Track and Cycle Speedway), from providing the support and encouragement people need to get riding their bikes for the first time, to being home to the hugely successful Great Britain Cycling Team.

Continued success at the highest level is inspiring a boom in participation across the nation. There have never been more opportunities to ride a bike, be it for fun or sport, and British Cycling is at the heart of this growth. British Cycling also works hard to represent cyclists’ interests at all levels, including campaigning on important issues including road safety.

As a membership organisation, British Cycling provides a suite of benefits and support to its members who currently number over 148,000. All membership revenue is invested back into cycling.