Book a motorhome and tour England

Leaving our head office branch near Manchester, drive in almost any direction and you’ll find a wealth of historic locations, manor houses and stunning parklands to visit and enjoy.

From Stonehenge to Romans to Shakespeare and everything in between, England’s storied past can be discovered through the monuments and countryside that are lovingly preserved today. Whether you want to be transported to an Ivanhoe world of castles and jousting (and perhaps the odd dragon), celebrate a solstice with the druids or live out Downton Abbey dreams in an opulent mansion, there’s a cultural road trip just waiting to be embarked upon.

Located in the northwest, our Stockport depot is an ideal starting point for your tour of England’s heritage, and all from the comfort of a luxury Swift Go motorhome hire vehicle. 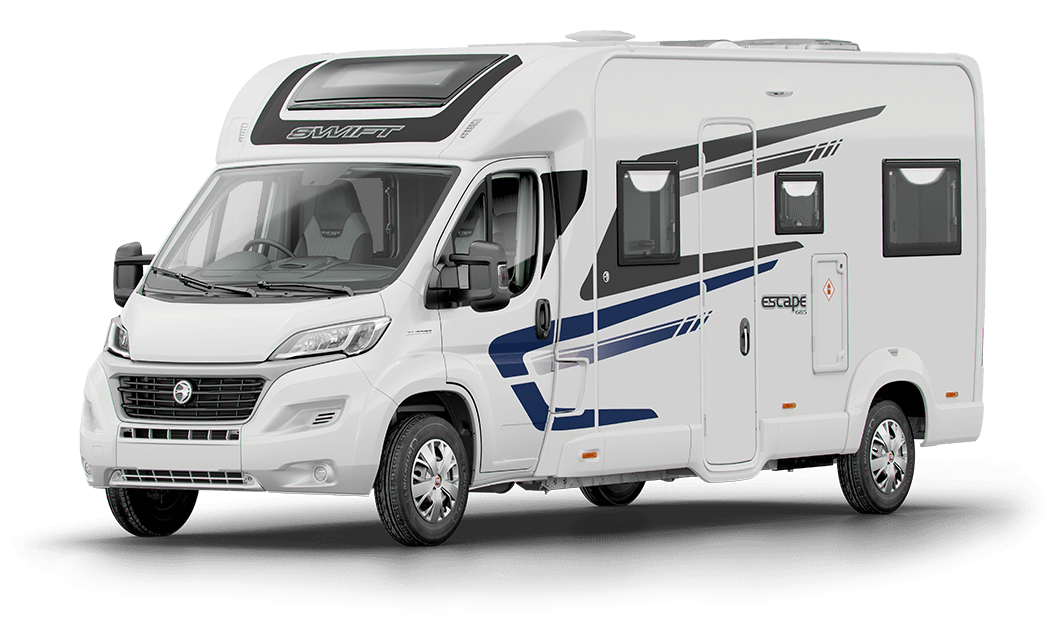 Sleeping up to 5 people, the Escape 684 offers the perfect way to spread the cost with friends and visit some of England's hidden gems that you've always wanted to experience.

Chatsworth House and the Peak District

Starting out in the Hope Valley village of Castleton, you’re immediately immersed in history and powerful landscapes, with Mam Tor (the shivering mountain) and Peveril Castle looking on. Climb up to the Norman fortress for a peek into the past and panoramic views over the Peak District, before going underground to explore the village’s four caves, bedecked with stalactites and blue john stone, and with some areas accessible only by boat!

Hop back into the motorhome and head over to another natural wonder, Stanage Edge. Famous as Elizabeth Bennet’s brooding rock in the Pride and Prejudice movie, this breathtaking escarpment draws walkers and rock climbers eager to witness the vistas over the Dark Peak moorlands.

For a complete change of scenery, journey south to Chatsworth House, Derbyshire’s most popular attraction and the family home of the current Duke and Duchess of Devonshire. This is a must-see for period drama buffs, having served as a filming location for Hollywood blockbusters such as The Duchess (based on the life of a former Chatsworth aristocrat), but also offers an excellent family day out for all ages. After looking through the regal house and its celebrated art collections, you can blow off steam in the 105-acre garden featuring tunnels, fountains and streams, as well as an adventure farmyard and playground.

The route now travels west through Bakewell, a market town nestled in the heart of the Peak District National Park. Home of the famous Bakewell tart, it’s the perfect place to pick up a tasty treat before walking or cycling the 2-mile Monsal Trail, a former part of the Manchester-London Midland Railway line with superb views of the River Wye and its viaducts, as well as abundant wildlife.

Your Derbyshire road trip ends in Matlock Bath, an idyllic town in the River Derwent gorge that’s enveloped by rocky limestone crags and woodland. Developed to be one of the UK’s first tourist attractions, visitors today can uncover the town’s history as a spa town and a key mining centre. Take the cable car up to The Heights of Abraham for a fantastic outlook over the valley, dig around bookstores straight out of Harry Potter with volumes packed to the rafters, or call by the Peak District Mining Museum.

From James Heriot to Dracula and everything in between, a motorhome tour around the North York Moors is the ideal way to experience centuries of British history.

Beginning at the palatial Castle Howard, you’ll step straight into 300 years of Britain’s aristocratic heritage. You may recognise it as a filming location for Brideshead Revisited and Victoria, while the extensive gardens offer lakes, waterways, adventure playgrounds and more for picnicking and playing.

Journeying through Yorkshire’s Howardian Hills, you’ll take in Ampleforth Abbey, home to a living community of Benedictine monks, en route to the bustling town of Thirsk. Here, just off the cobbled market square, you’ll find The World of James Herriot museum, where the famous vet and author lived and worked, and also the birthplace of Lord’s cricket ground founder Thomas Lord.

Returning to the North Yorkshire Moors National Park, you’ll wind through a peaceful valley to Rievaulx Abbey, a 12th-century Cistercian monument whose dramatic ruins give a glimpse into England’s medieval past. Next door is Helmsley, a picturesque market town looked over by Helmsley Castle where you can learn the ancient arts of falcon training and longbow shooting. Beyond its historical significance, the town is beloved for its boutique shops, Michelin starred fine dining restaurants and tranquil surroundings.

Get back in the motorhome and drive north through Pickering, with its sprawling castle, annual 1940s festival and working steam train keeping bygone days alive, before crossing Dalby Forest towards the coast.

The route ends in Whitby, a traditional seaside town made famous by Bram Stoker, whose bloodthirsty Dracula sailed into the shore on a ghost ship before scaling the 199 steps up to Whitby Abbey and feasting on the populace. Whitby preserves much of this gothic flavour with Dracula-themed attractions as well as its windswept headlands and bat-filled abbey ruins, but also pays homage to its maritime heritage as the home of Captain James Cook. Aside from the spooky, visitors can enjoy a quirky collection of independent shops, welcoming beaches and some of the UK’s best fish and chips.

Stratford-upon-Avon and The Cotswolds

Perhaps one of the most quintessentially English road trips is the 74.5-mile drive from Stratford-upon-Avon to Blenheim Palace through the Cotswolds countryside.

The route starts in Stratford-upon-Avon, the birthplace of William Shakespeare, whose legacy is visible in every stone of the medieval town. Explore Shakespeare’s home and school, watch a play by the Royal Shakespeare Company or drop by Mary Arden’s Farm, the idyllic childhood home of the bard’s mother.

Once you’ve had your fill of star cross’d lovers and winters of discontent, take your Swift Go motorhome to Stow-on-the-Wold, a quaint market town that’s steeped antiquity from the Iron Age through the Roman occupation, medieval era and Civil War battles. In the market square you’ll find medieval stocks and England’s oldest inn, while close by is the Church of St Edwards, with a mysterious yew tree-flanked door which belongs in The Hobbit, and the ramparts of an Iron Age fort.

Next it’s on to Bourton-on-the-Water, one of England’s prettiest villages and widely termed ‘the Venice of the Cotswolds’ thanks to its many beautiful bridges over the River Windrush. As well as charming buildings in golden Cotswold stone, attractions include the Greystones Nature Reserve with its wildflower meadows, working organic farm and Iron Age ramparts. A ceremonial and trade site since the Neolithic era and packed with archaeological treasures, Greystones now enables visitors to live the past with a replica Iron Age roundhouse where ancient skills can be learned.

Turning southwest to Cirencester, the capital of the Cotswolds and a popular destination for history buffs thanks to its Roman legacy, you can experience at the Corinium Museum of life in Roman Britain, the remains of a Roman Amphitheatre and the nearby Chedworth Roman Villa.

Your Cotswolds road trip ends at Blenheim Palace, a World Heritage Site famous as the birthplace of Winston Churchill and one of the UK’s most important Baroque masterpieces. Follow the footsteps of Capability Brown in the 2000 acres of landscape that are just waiting to be picnicked upon, view the art collections, or, in the summer months, catch an exhilarating jousting display!

The adventure
stays with you 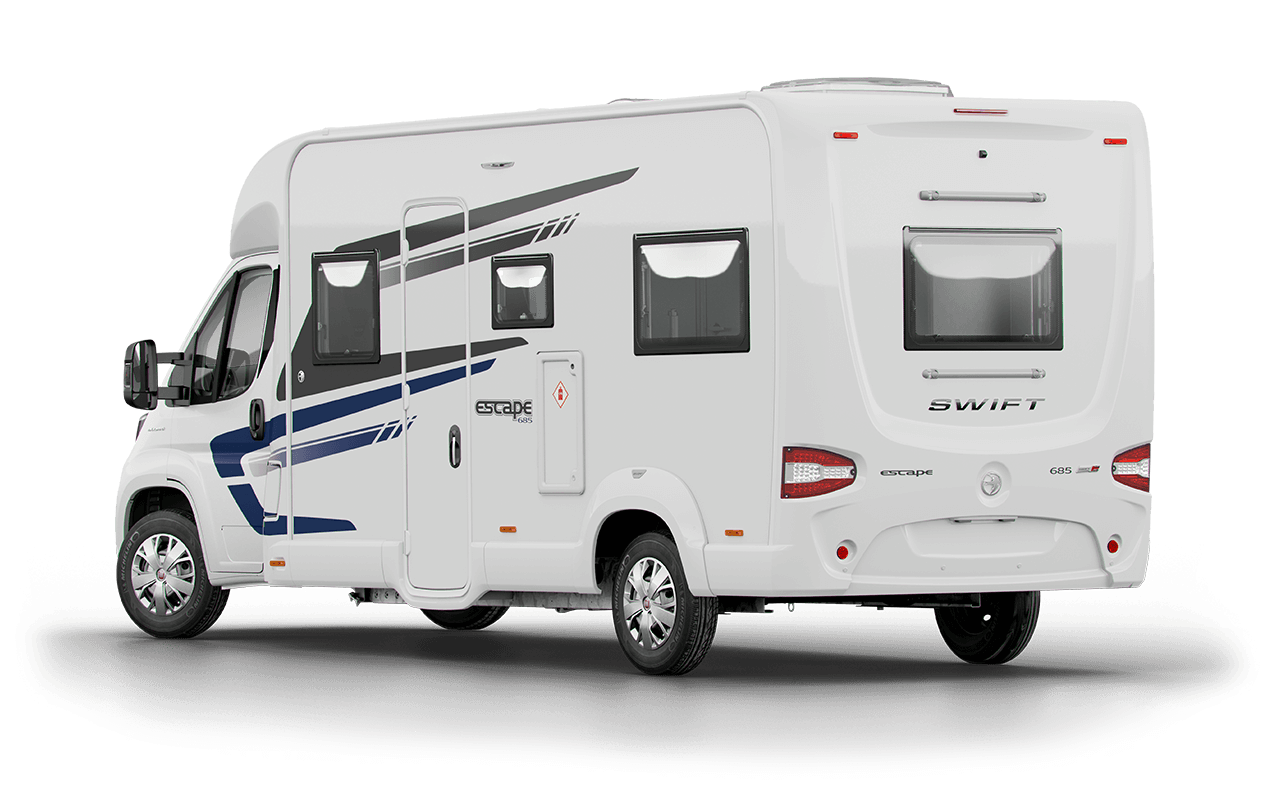