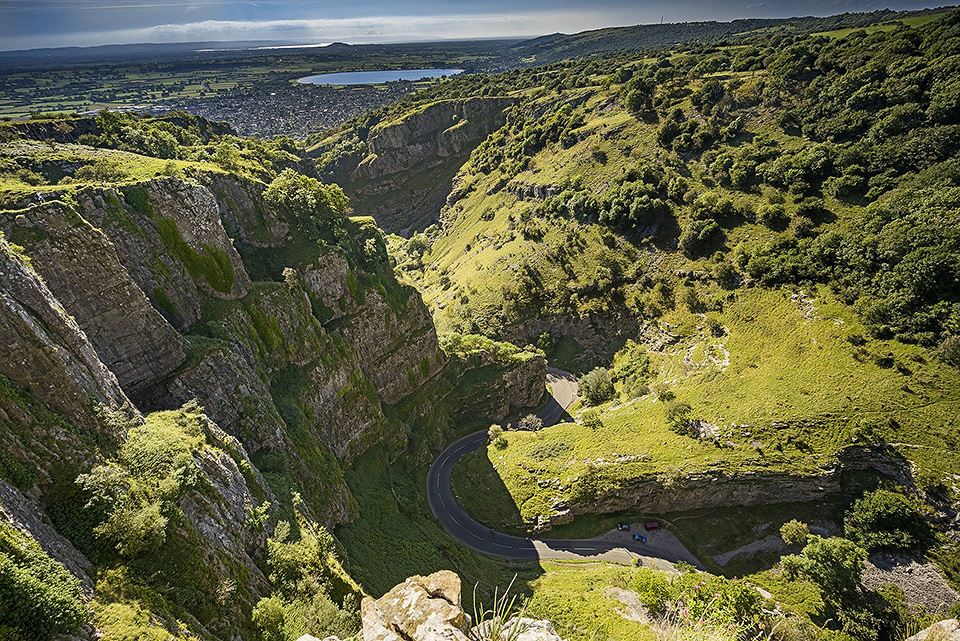 This jaw-dropping gorge will blow you away

JUST A few miles south of the M5 motorway in Somerset is one of Britain’s most spectacular natural wonders – Cheddar Gorge.

A drive up the gorge is quite something and is simple enough to do in a motorhome or with a caravan in tow. The road does narrow to a single lane in one spot, but there’s plenty of room for leisure vehicles.

First, park up at the bottom of the gorge and explore the shops and café (there’s a Costa with good WiFi!).

Alternatively, earn that chocolate cake first by climbing the 274 steps up the side of the gorge to the Lookout Tower. The tower itself is a further 48 steps, but, once there, you’re on top of the world, with panoramic 360° views of the Mendip Hills and Cheddar Reservoir. It’s truly breathtaking.

You can take a walk right around the top of the gorge, obviously being careful not to get too close to the edge! The 100-minute walk is graded as ‘moderate’ and is four miles long. Details and a map of the walk can be found online at nationaltrust.org.uk/cheddar-gorge.

There’s just as much fascination below ground in this area. Cheddar Gorge’s caves are definitely a highlight. There are three: Cox’s Cave, Gough’s Cave, and The Crystal Quest. They were formed 500,000 years ago, like the gorge, by water dissolving the limestone rock.

Our favourite is Gough’s Cave. It tells the story of the Cheddar Man, a prehistoric hunter-gatherer who lived 9,000 years ago. His bones (the oldest complete skeleton ever found in Britain) was unearthed in the cave.

Finally, close by is the Cheddar Gorge Cheese Company. Its visitor centre is excellent, and, of course, you won’t leave without a few packs of crackin’ Cheddar!

This highly competitive race starts at 2pm, when hundreds of numbered plastic yellow ducks are released at the top of the River Axe near Cheddar Gorge, and the first duck to float past the finish line, wins its ‘owner’ a prize. This charity event raises a lot of money and a lot of laughs!

Price: Adult £2, up to four children free when accompanied

At the Cheddar Gorge Cheese Company you can see men separating the curds from the whey, and watch the entire cheese making process as you tour around. Of course, the tour ends at the shop!

Father Christmas and his elves move into this stunning cavern, which is decorated especially for the festive season.

Escape rooms are all the rage and this is one with a difference, as it’s in a cave! No real caving is involved (though it is in a cave!), but the story goes that you’re stuck in a cave and have to solve puzzles to escape. It’s suitable for two to six people, and there are two ‘Escapes’ to choose from.